In my first post here at Way of Witch, I introduced myself and described the impulse behind writing this blog. That sufficiently covered the “who/what/why” of the blog, but before I start digging in, I’d like to spend some time discussing the “how,” or laying out some of the guiding principles that should be kept in mind as future posts unfold.

I think this is worthwhile because although I am interested in helping people, mental health is a complex issue and if one is not careful, one can do more harm than good if we are careless in our approach. As someone who has personally dealt with such issues, I am writing this blog because I believe I can treat these matters appropriately and with sensitivity. However, “one-size-fits-all” is a potentially harmful way to address mental health. Nothing I write here can ever be a perfect answer for everyone. As such, this post will serve as a disclaimer, but also a source of information about what readers should and shouldn’t expect from me.

Limitation of Qualifications / Scope of Work

This is probably the most important thing to clarify: I am not a mental health professional, and nothing written on this blog should be taken as professional advice. I am currently studying to become a counselor and it’s possible that I will still be writing this blog once I’ve completed my education. However, even if I were a licensed professional, a public blog available to people who are not my clients is not the place to provide mental health or medical advice.

This blog deals with topics of relevance to the territory where mental health issues and magickal practice meet.  In terms of reliability, I write as an occultist first and foremost. That is, I should be thought of as a magickal practitioner offering insights concerning mental health that are relevant to practice, and not as a mental health practitioner providing psychological support for those who wish to engage in occult work. Whenever any person enters into occult practice, they do so at their own risk (and there are risks, as with many activities). I’m not here to tell anybody what to do, but rather to share some of the hurdles I have faced, and how I approached them. In so doing, what I will emphasize are the ramifications having to do with magickal work itself more so than looking at things the other way around. The world is full of resources to help people live and cope with mental illness, and this blog is not one of them. Speaking of which…

Going it alone is not recommended

The title of this blog–”Occultist, Heal Thyself”–is meaningful, but can be misleading. In my introductory post, I advocated for those who might be mentally ill, but still wish to engage in magick, by pointing out that not everyone who discourages combining these two things is speaking from experience. This isn’t the same as saying that everyone should ignore advice and just sort of “wing it.” In fact, it’s quite the opposite.

The title is derived from the phrase, “Physician, heal thyself,” taken from Luke 4:23:

“And he said unto them, Ye will surely say unto me this proverb, Physician, heal thyself: whatsoever we have heard done in Capernaum, do also here in thy country.”

According to phrases.org.uk, the meaning behind this phrase boils down to “Attend to [your] own faults, in preference to pointing out the faults of others.” Applying this philosophy to magickal practice, the idea is closer to, “attend to your microcosm before you go poking around in the macrocosm.” Put another way, I’m saying that anybody who approaches magick should be careful to stay firmly grounded in reality and day-to-day life, because it’s very easy for magick to become an escape, a source of increasing delusion and suffering, if not approached carefully. It’s also a warning to keep magick firmly in hand as a tool that serves you and serves you well.

I don’t think that anybody at all should explore magick and the occult without some kind of “reality check” in place, whatever that might be. I’m not here to specify what that reality check is, but we all need something to keep us tethered to down-to-earth reality. Solitary practice is A-okay in my book, but no matter what self-checking processes we might put into play for ourselves–from “intentional skepticism” to taking long-term “magick breaks”–our reality-checking support system should include other people somewhere. No great magician, witch or sage can claim to have reached their lofty estate all by themselves, with no help (or even opposition, which can be very healthy); as much as I once wished for it, I won’t be the first, and I doubt you will either. Reach out for help, check your assumptions with someone else, and consider input from others even if you find it unpalatable at times.

Israel Regardie recommended that anyone who seriously pursues magick should also see a psychotherapist, and any potential bias as a future therapist aside, I have to say I agree with him–even if you by and large wind up disagreeing with that person. It is not only valuable, but vital to have someone there who knows the territory of the human psyche, who specializes in helping others navigate it, and can offer an objective viewpoint that may, at times, be our only solid link back to reality. Our society very rarely supplies us with a better person to objectively and dispassionately fulfill these specific purposes than a therapist.

The above, I maintain, holds true for everyone–but since people with mental health issues should include (or at least be open to) outside help to stay grounded even in normal circumstances, it becomes all the more important where magick and the occult are concerned.

Putting all of this together, one major takeaway from this post is: This blog should never, ever be substituted for professional mental health support. I cannot stress this enough. If you take something away from my writings, great–but I do not want what I write here to be the final word for anybody. Keep in mind, I am still walking this path myself and learning new things every day. It’s my heartfelt wish for others to do the same. 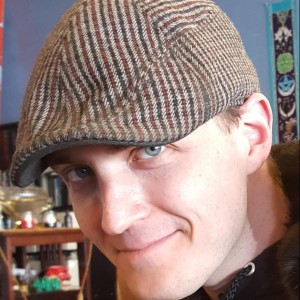 I have practiced magick and worked with spirits for nearly 25 years. After working in a solitary context for much of my life, I spent time as a member and national speaker for The Theosophical Society in America, where I first discovered a passion for writing and speaking about spirituality and occultism. Since then, I’ve cultivated a relationship with Hekate, returning to my more witchy roots, and have embraced Left Hand Path practice as a path of self-development. Tying all of this together, I have incorporated work with ceremonial daggers called phurbas, highlighting a shamanistic calling that involves synthesizing all of the above. I am currently studying Counseling Psychology at North Park University in Chicago and dreaming of ways to merge my spirituality with this vocation. I have also been published in Isis-Seshat (international journal of the Fellowship of Isis) and the digest Questing SET compiled by Judith Page and Don Webb.