When I was a child I found a book. This was way before witchcraft and magick even sort of entered my life. The book was an anthology of Greek myths. I became smitten, as if drawn to Hermes the moment I learned his name. When he gave Perseus the golden, winged sandals I just knew there was more to him than met the eye.

I dove in, as an eight year old, and learned all my young mind could on the god. As I grew, I never forgot him. I walked through a life of homelessness and hustling, confident somehow that I was protected by this divine energy of the traveller and hustler, which many others and I have identified as Hermes.

I traveled a lot as a homeless teen and young adult. I was a trickster when I needed to be, in order to survive. I have always possessed a charm and a gift with words.

Fast forward to the present moment, I am fully grown and still learning, but I am definitely a witch. I feel my connection stronger than ever before with the god Hermes.

The night I truly came into my magick, I meant to include three gods/goddesses for the spell I found to awaken my magick. I adapted it from this to make it my own. Hermes was one of the three deities I planned to work with. Long story short by the third night I was set into only working with Hekate.

I came across a lot of juicy stuff as I leaned into my magick. I learned a lot about Hekate, candle magick, and herbs. But the thing that stood out the most at the beginning was sex magick.

Sex magick is this pretty cool way of intensifying one’s intention and then releasing it. Here’s a decent wikipedia page about sex magick. Sex magick seemed like an excellent avenue for achieving my goals. Problem is, it takes a lot of practice.

I didn’t feel right putting out my intentions in my orgasms. Really, it started to feel like my orgasms were more of an offering than a magickal tool. Let’s face it, a penis is not exactly a magick wand.

At first I struggled with where to place the offering. I had really come into a dedication to Hekate but an offering like this seemed inappropriate for me to send her way. But I always felt a connection to Hermes and I was driven to begin offering my solo orgasms to him.

Hermes is the god of travelers, communication, thievery, and trickery to name a few things. If you are new to Hermes, check this out  As a younger man, I felt that Hermes particular gifts resonated with me. So much so that I got wings tattooed to my ankles when I was 22.

And sure, as a young fella I saw a world where I didn’t get caught stealing, hustling, or running away from situation to situation. I never really attributed these things to Hermes. But as a grown man, an educated adult, and a witch; I see a world where Hermes could influence the way I communicate, the random luck I experience, and my safety while I drive in the rain.

To this end I offer my solo orgasms to him. I do so knowing now what I didn’t know before, that Hermes was watching over me the whole time. I couldn’t say why Hermes would have found favor in me so long before I’d ever even truly known him. What I can say is I am thankful.

I spend time more mornings than not, giving gratitude to Hekate for all the things. Why not give up some gratitude for the dude looking out for me on the sidelines? My offerings to Hermes are hardly daily and typically not weekly either, but I give my offering when the time is right.

In order to give gratitude in the form of my solo orgasms I have a few things I do. This is my own version of sex magick and I couldn’t say if it will work for other or not but for the sake of practice, why not give it a shot. I suppose you could use any deity you like but I imagine you should choose a deity that would at least approve of the offering.

Here’s What I Do

So in order to build the energy of my offering, I participate in a practice known as edging. This means I hold off on my orgasms as long as I can. When I get close I stop and focus that energy on Hermes. As the energy starts to die down I build it up again. I do this three times. Once I finally release, I focus all that energy and push it from my chest out while picturing Hermes. I often repeat “Hail Hermes” a few times.

For me Hermes has been extraordinary to me all my life. I feel that offering him this gift is the best way I can honor that. Presently when I feel like driving conditions aren’t so safe, I remind him of the offerings I have made and ask for his protection. There are other times when I reach out to him as my buddy and request his support. In these moments, he always comes through.

At the end of the day, I believe that the offerings are a good trade for a little help from my friend. Maybe you’ll find a way to include this in your practice or maybe you have some other tactics for sex magick. Either way just remember to always play safe. 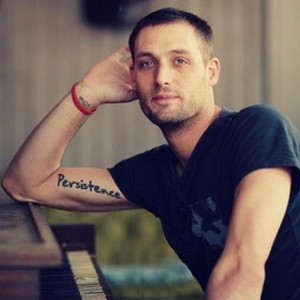