The Cleansing Storms of Spring

Springtime in the Midwest brings one thing to mind for me: thunderstorms. Springtime brings a lot of things, but out of everything, this stands out in my mind. And they mean a lot to me, both out of memory and meaning.

The Midwestern part of the United States, where I live, is a prime area for interesting weather patterns. We get bitterly cold winters with snow, ice, and subzero temperatures. Summers bring searing temperatures and intense humidity (at least here in Indiana). Spring and Autumn are times of in-between, liminal spaces where you can find intriguing, and sometimes dangerous, weather patterns. They bring energies of transformation, cleansing, and shedding of the old. Spring brings growth – new flowers, plants, trees, and wildlife stirring. At the same time, there are thunderstorms, tornadoes, and even heat lightning during the later spring and summer months – all something to marvel at, yet be cautious of at the same time.

It’s a recipe for an incredible experience. The times we spent together in these moments were special. Though neither of us were witches at the time, there was something more happening there than simply observing weather patterns. Whatever you would call it, we could both feel the energy that the storm brought. I should add a note here that we were never, at any point in time, in danger. Worsening conditions, such as high winds, tornadoes, and dangerous lightning brought us inside into a safe space.

Thunderstorms are one of my favorite naturally occurring experiences. I can sit inside following a thunderstorm, and it’s, quite possibly, the most calming sensation for me. And that’s also what was happening for both my dad and I. There’s nothing like going inside after observing a storm and curling up next to a window with a book and a cup of coffee (or insert your hot beverage of choice here). It feels like my energy has been balanced, my batteries recharged.

Thunderstorms are about releasing the imbalance in the atmosphere. Unstable warm air rises and meets the cooler air of the upper atmosphere, the moisture forming rain clouds. The heavier, negative charges sink to the bottom of the clouds, and the positive and negative charges together create lightning.

Think of all of the emotions that build up. I certainly am an emotional person; there’s a reason that my significator card is the King of Cups. Sometimes we are adept at handling them healthily and with immediacy as they come up, but sometimes, at least if you’re anything like me, you get so busy with other things that your emotions get shoved into some deep, dark corner waiting until the right moment when there’s no room left in that corner, and suddenly BOOM, there’s an explosion. It sometimes feels easier to push them aside and “deal with it later” than to deal with it as it comes up. Instead, make it into your own thunderstorm. Harness that energy. Let the crash of lightning be the moment you release those pent-up emotions into the atmosphere, and let the cleansing rains be your cleanse.

Even if you don’t like the metaphor of lightning, a good, cleansing rain can be a great way to ‘wash away’ emotional build-up. You can even do this in the shower. I take ritualistic showers to cleanse my energies and release any emotions that I might be harboring. You can do the same outside in the rain (so long as it’s safe to do so).

If you don’t live in an area where thunderstorms are common, first of all, I’m sorry that you’re missing out (I’m kidding…sort of….). But in all seriousness, as we enter spring, I challenge you to think about how your local environment changes as the year progresses. What patterns do you see? What changes occur? How frequently do they occur?

And most importantly, how does this reflect in you? What lessons can you learn from your local environment and the changing seasons? I challenge you to think on these questions as the cycles of the year continue. 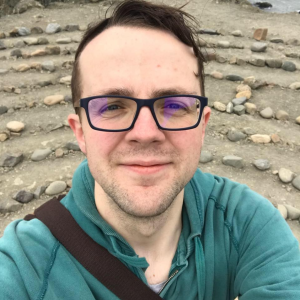