The use of sacred waters in place of smokes and incense is growing in popularity among witches and other magickal workers, and for good reason. It’s the ethical solution for those wishing to avoid misappropriating the Indigenous American traditions of smudging with white sage. Additionally, it offers a solution to those who choose not to use smoke because of health concerns, building regulations, or other considerations.

Making Sacred Waters By The Light Of The Moon

Making sacred water is essentialy the process of  infusing water with herbs. For a more powerful potion, layer other correspondences into your magick. For example, taking advantage of lunar (or solar energies) when brewing your sacred waters.

In October, the full moon rises rises early (right after sunset). This low position on the horizon gives Luna a reddish hue because we se her through a thicker atmosphere that disperses blue light while concentrating red light, the same reason the setting sun becomes redder the further it dips in the skyline.

This moon is also called the Hunter’s Moon because it was traditional a time of hunting to provide a store of meat for the winter. Animals such as deer, fox and rabbit would graze in the recently harvested fields after dark. The bright moon provided the light to hunt by.

With apologies to vegans, animal rights supporters and those squeamish, this (even more than the color of the rising orb) comes back to a bloody moon. The blood of the harvested prey ran over the land and remains were sometimes buried, all helping to fertilize the soil for the next years crops—blood letting becoming life giving.

All of this points to October’s moon holding the energy of necessity, survival, sustenance, sustainability, nourishment, abundance—life and death. It also holds the traditional energies of the hunter, such as strength, vitality, skill, courage and honor. These energies can be called into making sacred water to be used in your practice.

In my crafting, I layer energies not only to increase the potency of the sacred water, but to narrow my intention. I often start with herbs harvested from my garden or the wild, and spice from my kitchen. Read more about herbal magick in Spicing Up Your Magic with kitchen witchery.

For example, to support the energies of nourishment, sustenance and sustainability I might choose cedar, which corresponds to abundance, health, protection and purification. If you wanted to use your sacred water in spells for fertility and a healthy pregnancy, you could support that energy with geranium, oak, or apple. For a healthy financial outlook consider using cinnamon, mint or allspice.

Add yet another layer of correspondence with stones and crystals. I would from those associated with the root chakra, for grounding and stability. Red jasper specifically includes nurturing. A bloodstone brings courage and bravery (not to mention doubling down on the blood reference). You might choose stones or crystals that correspond to planetary influences, or birthstones.

Finally consider using talismans and sigils further focus the energy called down into your sacred waters. I’m particularly concerned with heart health these days, so I would add my heart shaped rose quartz, or even a heart shaped charm. If I didn’t have that, I could create a sigil or draw a symbol.

It’s important to remember that the most powerful witchcraft comes from your personal energy combined with the energy nature imbues in all things. Personal energy begins with knowledge, the first pillar of witchcraft. This includes what you already know, but also the time and effort you put into research.

The same is true of planning and preparation for even the simplest ritual. Setting your intention, writing your incantation, laying out all the tools and ingredients you’ll need, cleansing and charging your space, altar and tools.

Take some time to meditate on your intention. Don’t concern yourself with how it will happen, instead, concentrate on the desired outcome with confidence that the elemental powers of the natural world will come together in whatever ways are necessary to aid your magick.

In writing your spell or incantation, be as specific as possible. Include a time element—when you wish the magick to manifest and for how long. And while there is never a guarantee against your magick failing or backfiring, I still add my intention for no harm to come to myself and loved ones, or anybody undeserving of harm in the working of the magick.

On the night of the fullest moon, fill a clean glass vessel with spring water (if you don’t have access to natural spring water, use bottled water). Add your supporting correspondences. Place the jar outside under the rising moon. I like to set my jar of moon water on a mirror to further reflect the light energy into the water. If I’m using a sigil or written intentions, I place them on top of the mirror, beneath the jar. Speaking your spell or chanting an intention, adds yet another layer of personal magick—your breath and  and the final element of air.

Leave the water out overnight, but be sure to take it in before sunrise. Preserve your sacred water by adding vodka (1 tsp. per cup), especially if you added organic matter such as herbs, roots, or bark. Keep your sacred moon water in a bottle or jar with a tight cover and be sure to label it with the moon name, phase, and date.

Don’t limit yourself to making sacred waters only under the full moon. Instead, use the energy of the various moon phases to add to your magick. For example, during this moons waning phase, I could craft a water with the energy of diminish poverty or dissolve obstacles standing in the way of security and abundance.

Similarly, use the energy of a waxing moon to craft waters for new beginnings, successful launch of projects or business, to increase abundance, good health, wealth or productivity.

Use your sacred water in the same way you would smoke, for cleansing and invoking.  Anoint your chakras, or use a spray bottle to mist your energetic aura. Add sacred water to your bath.

Try using sacred water in sympathetic magic as well—spray a poppet with healing water, or spray the money in your wallet with a money drawing brew.

If you plan to ingest your moon water, be cautious. Carefully research any plants, herbs or other substances used—even some minerals can be toxic, such as malachite. And remember that some minerals, raw stones especially, aren’t pure and may contain traces of other mineral substances. To be safe, you can infuse the energy of mineral substances into your water by simply passing them over the open container several times. 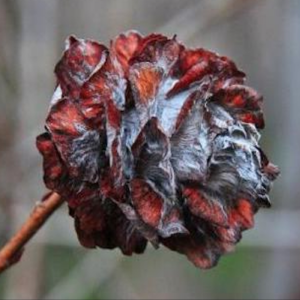 Willow Rose-Senior Editor, Head Kitchen Witch and BadAss Crone. Willow is a writer, artist and wildcraft witch. After more than 30 years of practicing and exploring many paths, she is distilling her magic to it's purest form—witchery without dogma and practical magic for everyday living. Read her musings here on The Way of Witch, and also at the Agora for Patheos Pagan and on her blog at www.simplewitchery.com